Tomorrow onwards, the Race to Ace event rewards can be collected the waiting period is coming to the deadline. In the meantime, Garena shared the second official teaser of the most awaited car skins in the Garena Free Fire x McLaren collaboration.

Besides, we have also seen the two models- McLaren MCLE and MCLFF that are single-seater and dual-seater respectively. Additionally, these models will come in five different skins to bring an all-new in-game driving adventure. 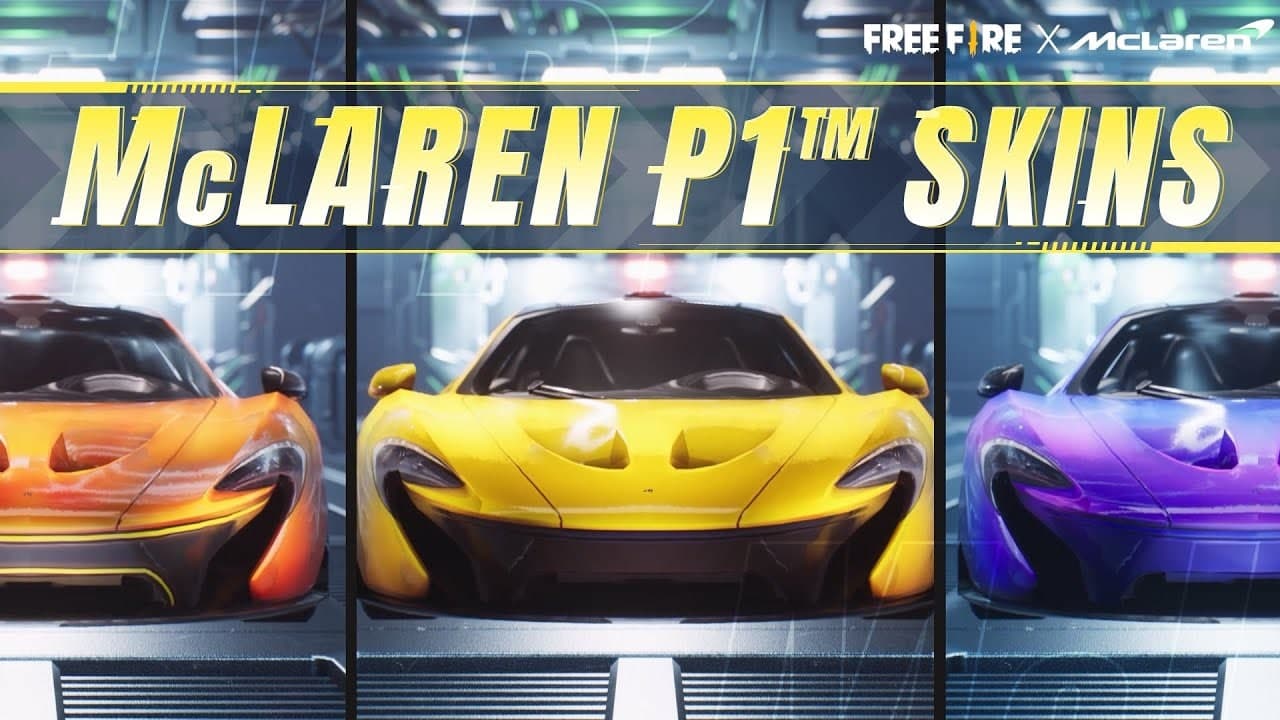 Among them, Garena officially shares a video revealing three Mclaren P1 TM cars zigzagging all over the road. These new cars shown in the video have the following names corresponding to their skin color.

However, the remaining two models seem to come in Pearl White and Neon Green skin colors. But we are expecting that, we’ll soon get to see the official trailer of this video also. As of now, rewards from the Garena Free Fire x McLaren collaboration can be available from 23rd July.

Below, you can see the official video teaser-